The history of bread 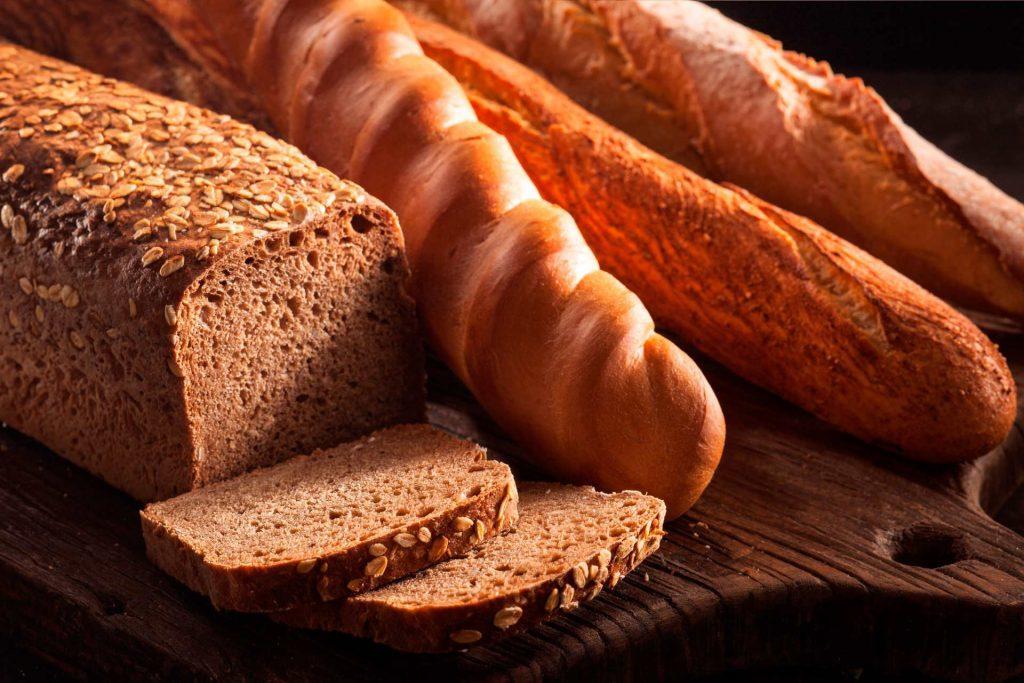 Bread is human history’s basic, thousand-year old ‘ingredient’: a food linked with man’s sustenance, survival and religious worshiping but also with less or more sophisticated culinary practices of all sorts. Survival practices, habits and preferences in taste have very much changed over the centuries. But bread hasn’t. It has remained, and still is, integral to our diet: a food that has lasted beyond any racial, religious, geographic, social or political differences. Just like everything else, it has also adapted, and continues to do so until today, to scientific and technological developments, dietary trends as well as the peculiarities and preferences of different times and places.

Bread is the very basic element of the family meal in all cultures, ancient or contemporary, its consumption being a symbolic act: a ritual. Believed to be imbued with beneficial power, bread is present in all the key moments of a man’s life.

The history of bread is lost in the depths of time just like human presence on earth. It is one of the oldest artificial foods: it was already prepared, in ancient Egypt, at the time of the dawn of civilization.

However, evidence from 30,000 years ago in Europe revealed starch residue on rocks used by humans for pounding plants. It is possible that during this time, starch extract from the roots of plants was placed over a fire and cooked. The preparation of bread possibly began around 10,000 BC, with the dawn of the Neolithic age and the spread of agriculture and grains.

But bread’s unique place in food’s culinary history is owed to the Greeks -without a doubt!

Hippocrates refers to various types of bread: wheat-flour loaves, sifted or unsifted, with or without yeast, with bran, oatmeal, honey and cheese, oil, poppy and sesame seeds. Athenaeus refers to 72 types of bread. Wheat scarcity and its highly nutritive value brought about the consumption of wheat breadby the upper classes, contrary to the poorer people who consumed barley bread.

It was Greek seamen and merchants that imported flour from Egypt into Greece, where the preparation and the baking of bread eventually flourished. They liked their bread white however, while keen rivalry existed between cities as to which produced the best bread. Athens was taking proud of Thearios, its greatest baker, whose name has been found in the writings of various authors.

Herodotus mentions that the ancient Egyptians were kneading the dough with their feet, a practice that was preserved in different parts of Greece and Europe until recently. In ancient Greece, bread was prepared and baked at home. It was during the 2nd century A.D. that the first bakeries emerged. Amongst different bread types produced in ancient Greece were the leavened bread (prepared with flour, water and yeast), the unleavened bread (made with flour and water), semolina bread (made with ultrafine flour coming from fine-quality wheat), and so forth.

From ancient texts we learn that the Greeks were offering bread to their gods; they called it artos theogonos, the bread of the gods. Our enduring relationship with wheat and the bread is also underlined by the worship of goddess Demeter, who was the provider of this great product. It was during the Thesmophoria festival when the ancient Greeks were offering large pieces of bread in the temple of Demeter (which is why the festival was sometimes also called Megalartia, meaning the feast of the great loaves).

Bread – prepared with home-milled flour – was the ancient Greeks’ staple food. There were dozens of different types of loaves depending on the time of the day, the occasion and individual taste: from ‘akratisma’ breakfast (bread dipped in ‘akraton’, unmixed, pure wine) to a great range of bread goods that were essentially the very core of all meals, as well as plenty of recipes for sweets based on  flour.

The Greeks passed on the artistry and the techniques of baking to the Romans, who turned baking into a large-scale industry. (In Pompeii, for instance, many bakery-related finds have been unearthed under the Mount Vesuvius lava). The first professional bakeries were set up in Rome during the reign of Emperor Trajan in 97-117 A.D.

In the prayer Christ himself gave us, there is a request for receiving daily bread. At the Last Supper, Christ blessed the bread and likened it with His Body. People’s devotion to daily bread – a food that is never thrown away – indicates its importance in religious practices and everyday life.

During many critical moments in history, bread was linked to certain political, social and economic movements such as the expansion and growth of the Roman Empire, or the French Revolution, a time when the price of bread would also determine the dynamics between the working and the ruling classes. Just like oil price does today.

All Byzantine Greek fishermen, farmers and craftsmen, regardless of place and occupation, were consuming bread as part of their daily diet. During Early Christianity and until its occupation by the Arabs (7th century BC), Egypt was the main supplier of wheat for the Byzantine Empire. Wheat would be assembled in the Alexandria Port, wherefrom it would be ferried with merchant vessels to the Empire’s largest cities, Constantinople mainly, where it would then be stored in state warehouses. If wheat wouldn’t arrive on time, the capital’s residents were under the risk of starvation.  Therefore, the set of laws regulating the seagoing activities of the merchant navy, the customs, storage and the distribution of wheat, were extremely strict.

Since the spread of automated machinery for kneading in the 19th century, the baking techniques have advanced immensely.

Today, despite remarkable scientific progress, rapid technological achievements, automation technology and the standardization of the methods and raw materials involved, preparing a fine-quality loaf still involves -by and large- the element of art. The human factor remains important: expertise, inspiration, love, craftsmanship and experience, combined with the mastery of carefully selecting and beautifully blending the right ingredients, they all work together towards utilizing and enhancing the advantages of advanced baking techniques – more effectively and more efficiently.

Wheat growing in Greece has declined over the last years. Flour mills have shut down and baking the family bread at home is not that common anymore. Bakeries are thus flourishing throughout.

Today, grain collection and processing methods have changed dramatically. Wheat is not the only option anymore; flour from other cereals, such as corn, rye, barley and other blends have now also become available.

In Greece, the best artisan bakers can be found in the region of Epirus. On a daily basis, Venetis produces the greatest bread range. We are leading developments in the Greek market by introducing new, cutting-edge products for the satisfaction of our customers. The finest white loaves are mainly produced in Greece and southern Italy, contrary to the countries in north-western Europe which specialize in the production and the improvement of brown-bread products.

In modern Greece, the history of bread is intertwined with the history of VENETIS Bakeries. Active since 1948, VENETIS Bakery has successfully blended professionalism with love, excellent baking techniques with sophisticated artistry, tradition with contemporary needs, Greek with European flavours, great variety with excellent quality.

Good old-fashioned bread prepared with natural yeast and the grain of the Greek earth.

This is what VENETIS BAKERY is all about.